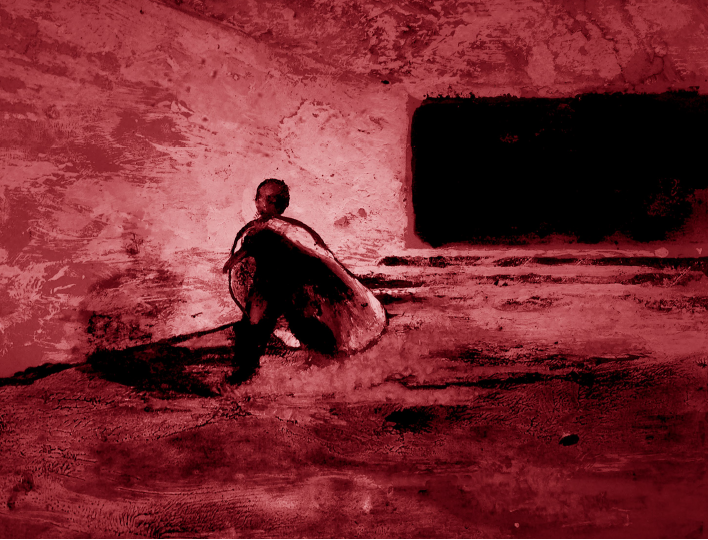 In the past years, the interrelationships between media, politics, and representations played a crucial role in the media studies debate. Drawing on this debate, we aim to reflect upon the ways in which media constantly reshape communities, identities, cultural and aesthetical representations, becoming “ideological agents” rather than neutral tools. Thus, the next edition of the Spring School will be devoted to the relationships between media, politics, and representations – more specifically, we aim to thoroughly investigate their implications and, at the same time, to extend them, trying to pinpoint their cultural/aesthetical, socio-political, and historical layers.

From the cultural and aesthetical point of view, we aim to understand how the interrelationships between media, politics, and representations evoke their own “cultural techniques” in “articulating the real” (Siegert 2015). In fact, media, politics and representations engage in dialogue with the notion of “realism”, “mimesis”, “authenticity” and “living beings and forms” as techniques that “model” our sense of present and our sense of past, creating, at the same time, identities (related to sex, gender, or race), communities, and the historical evidences that shape their histories. More broadly, we will investigate the interrelationships between cultural identities and media production (Hall 1997); how cinema and audiovisual media have been used in the past to shape our “perception” and our sense of “identity”; how cinema and audiovisual media have been (and still are) used to perform these identities, often building cultural remedies against their (metaphorical) “calcification” and “illness” – especially when these identities relate to cultural and individual carriers of memories (Rousso 1991).

From the socio-political point of view, we will question how the media have become able to create a “sense of belonging to a community” and, at the same time, to shape specific power/knowledge relations. The call-for-paper would then revolve around how the media take (and took) part in the microphysics of power (Foucault 1973-74) and biopolitics (Foucault 1977-1978). Moreover, drawing on an “intersectional” perspective (Creenshaw 2017), we will explore the complexity of the interrelationships between sex, gender and race through the “looking glass” of media production. More specifically, we will reflect upon the different ways in which the media take (and took) part in the dialectic between centre and margin (hooks 2015 [1989]) as regards sex, gender and race representations. Lastly, on the opposite side, we will welcome analyses on the role of the media in the colonization and exteriorization of knowledge realized by “cognitive capitalism” (Stiegler 2010), especially artistic and cultural productions.

From the historical point of view, drawing on Carlo Ginzburg’s reflections on the notions of true, false, and fictive (2006) and on his criticism of Hayden White’s metahistory, we will try to understand how the interrelationships between media production, socio-political representations, the notion of community and the notion of margin allow us to reflect on history as a discipline that is inherently linked to the concepts of uncertainty, of fragment, of ruins and of discontinuity, rather than to the sense of coherence that stems from a well-structured “historical novel”. In other words, we seek the ways to understand how the media affect the epistemological and methodological tensions between present and past, between contemporaneity and history, between evidences and reconstructions of the past, between objectivity and subjectivity, between powerful and dominated subjects, which engage in dialogue with the ideological conditions of “writing history”.

Cinema and Contemporary Arts – The Arts of Documentary

Starting from the growing concerns about what is “truth” and what comes after it, the Cinema and Contemporary Arts Section takes its cue from the reflection recently launched by Erika Balsom and Hila Peleg in their edited volume Documentary Across Disciplines (2016), in order to investigate the very complex definition of the documentary image in documentary practice.

In 2001 the artist and theorist Hito Steyerl has defined the documentary mode as something always doubtful: according to the German artist, the uncertainty of the documentary is a lack that shall not be hidden since it constitutes its core quality. Is it possible to define what a documentary really is? Don’t we constantly challenge the way we document something just with the mere act of describing it?

With these premises, we encourage papers that deal with (but are not restricted to) the following topics:

The Film and Media Heritage – Revolutions. Politics and Media

Political changes and radical social upheavals seem to be a welcome topic in traditional popular media like literature and film. Through and with ongoing alterations different forms of change – historical, current and desired ones – can be handled. One example is the era between the French Revolution of 1789 and the widespread democratic upheavals across Europe in 1848, that has motivated and inspired both contemporary artists and literary figures between the late 18th century and the present as well as filmmakers of the 20th century, trying to cope with their own realities under diverse regimes. Examples like these lead us to the basic question, how the correlation between politics and popular media could be theorized and exemplified. How can we consider and explain the – often intuitively assumed – impact, social and political developments have on contemporary narrations? What is affecting the complex interdependency between politics and media? And how does this complex, on the other hand, affect our ways of writing and archiving media history.

Drawing on the theoretical frame elaborated during the last FilmForum (more specifically, as regards the notion of technological network), in the XVI Edition of our Spring School the Media Archaeology section will focus on the two-fold concept of “technologies of power / power of technology”. In other words, we aim to investigate how technological devices have taken shape in past and contemporary media landscapes in forms of “power” – a system for gathering consensus, for repression, for developing a “sense of community”, for elaborating political and social identities, for negotiating new syntheses between bios and zoé (Esposito 2004; see also Parikka 2010; Väliaho 2010), for taking part in a bioderegulated society (Hennessy 2007, Crary 2013), and so on.

Questioning the concept of dispositif (see Albera, Tortajada 2015) and the application of the notion of agencement by Deleuze and Guattari (Deleuze, Guattari 1980) to the field of film and media studies (Casetti 2016), we will target the ways in which the technical basis of the dispositif engage in dialogue with “key notions or types-notions [...], which at a given historical moment come to define a given dispositive”, and with the social and political stances of a specific timespan/geographical context. More specifically, we will focus on how the dispositif/agencement shapes “political subjectivities” and, vice-versa, how these subjectivities “perform” the dispositif, thereby transforming it.

Moreover, we would like to stress the importance of the notion of “power” in respect to technological hardware and software: power as “life” of a technology; power as the “energy” set free by technological apparatuses, etc.

More specifically, we will welcome proposals on the following topics:

The notions of margin and marginality may refer to “the place of repressed or subordinated textual meanings” (Brooker 2003: 152), but also to the specific position of non-mainstream intellectuals, subjects and social groups. In this sense, margin(ality) can either be a place of alienation, social exclusion, and normative oppression or a “space of radical openness” and a “position and place of resistance” (hooks 2015 [1989]: 228, 231; see also: Walker 1999), from which it is possible to re-articulate dominant discourses and produce new meanings and interpretative perspectives. At the same time, extremities and extremes can be understood in Foucauldian terms as places in which power becomes “capillary” (Foucault 1980: 39) and productive – that is where power is materialized in actual practices and produces real effects (Colucci 2004: 128) on bodies and subjectivities.

In our view, pornography can be understood as both a margin and an extreme of mainstream culture. In this perspective, it represents one of the places in which normative discourses and power dynamics are at their most visible and effective; on the other hand, however, pornography can sometimes be seen as the space of production of counter-discourses that might disrupt dominant perceptions and beliefs about gender, sexuality and the body.

With this in mind, we aim to analyse the repressed or subordinated textual and social meanings that characterize (or, conversely, that are produced by) pornography in its different historical and geographical forms, as well as to investigate the micro-politics of power at play in pornographic media and representations and their possible subversive re-articulations.

We invite proposals that explore, but are not restricted to, the following areas:

Virtual Reality (VR) and Augmented Reality (AR), as well as establishing new identities and expanding the perceptions of existing users and the technologies they use, also represent two cardinal points in the (re)definition of participative and political practices in current media landscape. In this sense the Post-Cinema section would like to explore the “community/knowledge/power” relationship and the “community/history/truth” relationship in the production and diffusion of certain “media products”, in particular the VR and AR ones. The 2018 Post-Cinema section of the Magis Spring School  takes into considerations proposals in the following fields: