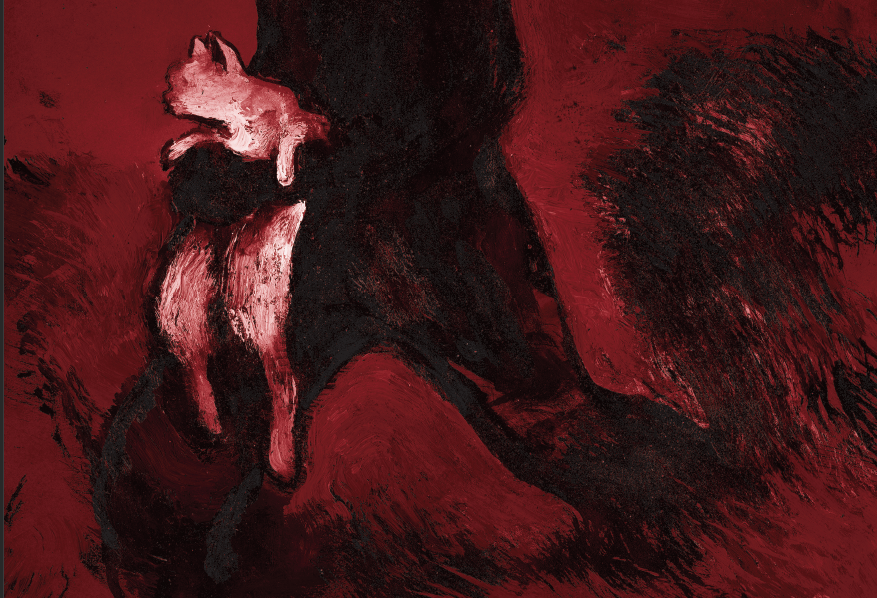 In occasion of the XVII edition of the MAGIS Spring School, the Cinema and Contemporary Arts section will address the ever topical issue of migration and its manifold relationships to art (and film), curatorship and exhibition. As suggested by Bourriaud (2007), in a global scenario contemporary art can be seen as “a practice of displacement”, for the way it transcodes and translates signifying elements from one context to another. If interpreted in relation to migration as a social phenomenon, “human displacement” can constitute a challenge to artistic practices as well as archival and curatorial ones (Ring Petersen, 2017; Johansson, Bevelander 2017): whenever dealing with the representations and heritage of deterritorialized communities, artworks and art institutions become sites to negotiate cultural differences (Durrant, Lord, 2017).
We are interested in investigating how the concept of migration gets remodulated in those theories, practices, projects, artworks and artefacts situated in between the realms of cinema and contemporary arts. With this aim, we will encourage proposals addressing (but not limited to) the following research questions:

• How do contemporary artists deal with migration and displacement? How might the notion of mobility be channelled through different visual approaches?
• What role have media technologies played in reshaping the concept of human and iconic “displacement” and how have flows of images and sounds informed the practices of artistic documentation?
• What role have digital media and networks played in reshaping the concepts of “mobility”, and how have these data flows informed practices of artistic documentation?
• How are migrant identities exhibited and represented in the context of museums, art galleries and art institutions? Which displaying /displacing strategies are being adopted so as to reject an ethnocentric perspective?

In the last three years, the Media Archaeology section of the MAGIS Spring School has explored the interrelationships between technology and the body; the notion of network for media-archaeological and media-ecological research; and the links between the media and politics from a media-archaeological perspective.
The 2019 edition will pivot on the notion of temporality.
As media scholar Timothy Scott Barker recently put it: “on both the micro scale of signal processing and the macro scale of human experience, the concept of time has become one of the central topics around which critical discussions of media and technology revolve” (Barker 2014, 1).
Starting from this assumption, we expect to investigate the relationships between historiography and time in film and media studies.
In particular, we are interested in how film and media histories and archaeologies produce their own “archive”, referring also to the ways in which the media historian/archaeologist takes into account the specific materiality of her/his research objects and its impact on the historical/archaeological temporal dimensions of film and media.
By questioning this wide issue, we want to call attention to the “operational scale” while excavating the media: drawing on the notion of “radical media-archaeology” developed by Wolfgang Ernst, we want to highlight the micro-processes that occur in the domain of film and media (Ernst 2011, Ernst 2017).
We are interested in how media technologies process signals, measure time and produce temporalities. Moreover, we aim to reflect on the “micro-processes happening on a technical level that are very fast and very short in scale”, and on the ways to resist “historical time – that is, the temptation of putting old technologies into a historical context”, in order to “make the medium speak in its radical presence” (Ernst 2017, online).
This mostly means to investigate the “operationality” of digital media and the role of micro-processing in undermining the notion of linear history-telling, though we also intend to extend these lines of reasoning to the analogue media: what about the operationality of the film grain? Or the wires and cables in a radio? Or the electromagnetic fields in the analogue video technologies?
More broadly, how does each micro-process at the core of the different media-technologies shape a specific notion of macro-history, which lies beyond the linearity of the “traditional” historiographical categories?
Potential proposals might address the following issues, albeit not exclusively:

• The role of historiography in shaping the media-archaeological discourse;
• The influence of the “Ginzburg-White debate” on media archaeology;
• Historiography, media archaeology and memory studies for historical purposes;
• Micro-histories of media technology;
• Micro-temporalities and macro-history;
• Analogue operationalities;
• Digital operationalities;
• History and time structures of media technologies;
• Media micro-processing;
• The production of history between analogue and digital media technologies;
• Remediation in film and media laboratories;
• Materiality, temporalities and visual culture: from infrastructures to media representations.

We invite proposals that explore, but are not restricted to, the following topics:

For the 2019 edition of Filmforum, the Post-cinema and Videogames section is aims to set the field in relation to the concept of agency, within the current development of interactive storytelling, including interactive fiction and factual projects, VR, AR and mixed reality projects, as well as new innovative forms of serial content which include a cross-media dimension.
The digital media, immersed in a cross- and trans-media landscape, are now embracing a stronger focus on non-linearity and the redefinition of the relationship between story and audience. Through embodiment, haptic enablers and 360° immersive storytelling, digital storytellers are exploring new and innovative applications that may well become part of the conventions of the future.
The objective of this section is to explore the concept per se, but also to contextualise its evolution within the history of experimental cinema and installation art. In particular, we aim to build bridges with the history of experimental film and video (including moving image and artist films) and art installation projects, in order to explore how some of the current non linear features used by interactive storytelling forms, which are becoming the convention of our times, were explored by European and American avant-garde filmmakers and artists during the XX century, as well as by some transnational and postcolonial movements with a political and revolutionary dimension (i.e. Third cinema, African cinema etc.).
Current research has focused on the evolution of the role of the author, and consequently of the position of the audience, and on the concept of agency as an ability to make choices and, therefore, to make changes, as a transition from “viewer” to “inter-actor” (Gaudenzi, 2019). This position is changing especially in relation to 1) the position of the user-audience 2) the space of action 3) the freedom to act in relation to the rules of action.
Many current interactive experiences are designed in relation to the user’s ability to perform a form of agency in relation for which they control certain actions, how they interact with the space and structure of the experience and how this affects its overall flow.
We would like to explore the sources of this epistemological turn by accepting proposals that bridge contemporary interactive and immersive audiovisual projects with audiovisual experiences from the traditions of experimental film, video and installation art, in order to identify a shift in the positioning of the relationship between user and audience, and their ability to operate changes within the audiovisual environment – which finds its roots in philosophical movements that preceded the digital turn. How is the current concept of agency related to change? Is there still a political and social dimension connected to the employment of non-linear features?
In addition to these artistic expressions, we would like to analyse, from a more sociological or media studies perspective, what is happening on the web, studying how digital cultures work on the definition of agency on audiovisual dispositifs such as YouTube, Instagram Stories, Facebook Live, and other SNS, streaming sites and video archives. How is the relation between creator and audience established? What connections can we find with the redefinition of the concept of agency? What are the most interesting experiments, phenomena, practices?
We are accepting proposals which explore the concept of agency, comparatively or analytically, within the fields of:

The Film and Media Heritage

For the 2019 edition of Filmforum, the Film and Media Heritage Section will be focused on two pivotal historical periods of media production hybridization and transition. They will be aligned through a common attention to the performative processes and practices and will involve a strong attention to archival sources.

The first part of the Film and Media Heritage section will be focused on cinema industry’s transition between1920s and 1930s in Germany and Italy. Through two key-figures as the director and producer Joe May and the lead tycoon Stefano Pittaluga, the period will be framed as a complex and performative media production environment. On the basis of a systematic convergence between different archival, production and biographical sources, the two main case studies will be discussed in order to: a) Mine and link together the archival sources available; b) Deconstruct institutional and industrial apparatuses, film and other media products involved c) Understand the discursive network and investigates the plurality of practices realized by two very different prismatic figures of the period; d) Reconstruct the interdependence between media, industry, culture and politics; e) Highlight the presence of a “non-continuity system” (Mazzei, 2018) at a political, techno-industrial and cultural level.

The project aims to increase historical knowledge and to develop new tools for studying and valorising Italian non-theatrical film (Streible, Roepke, Mebold 2007) and non-broadcast video heritage. With non-theatrical and non-broadcast heritage, we mean an overarching domain in which we can find small-gauge films, consumer video cassettes, useful films (Acland, Wasson 2011) and videos, community films and videos (Hetrick 2006), amateur films and videos, experimental films and video art, activist films and videos etc. beyond the bounds of theatrical cinema or broadcast TV.
We will focus on media transitions (van der Heijden, 2018) in the “analogue era”, more specifically on the interrelationships between small-gauge film and consumer video in Italy. The project will focus on the timespan 1965-1995, because a) at the end of the sixties, we can note the emergence of analogue video as a “new medium”; and b) during the mid-nineties the digital appeared, imposing new technological frameworks and new practices.
Drawing on the rising interest in this kind of collections shown by European institutions and frameworks, the project will contribute to the international debate focusing on these crucial issues. These objects will be described and interpreted so as to attempt to pinpoint specific subdomains using the notion of “mode of communication”, and to highlight the interrelationships between material culture and visual culture within a media-archaeological paradigm. In order to achieve these goals, the project will start from the “material evidences” collected in specific and selected non-theatrical film and non-broadcast video archives: referring to typologies such as the home-, community-, counter-, and experimental-mode, we will choose one collection for each typology/mode.
In order to interconnect media archaeology, material culture, visual culture, non-theatrical films and non-broadcast videos, we will seek new methodological tools, mostly referring to the digital humanities.

We invite the submission of individual paper proposals, workshop proposals and panel proposals addressing a specific school’s section. Proposals should contain a short CV (10 lines max) and be no longer than one page.  THE DEADLINE FOR THE SUBMISSION HAS BEEN EXTENDED UNTIL DECEMBER 21ST 2018.

A registration fee (€ 150) will be applied. For more information, please contact us at goriziafilmforum@gmail.com.