Automation, Animation and the Imitation of Life in Cinema and Media.
March 21st - 23rd, Gorizia, Italy. 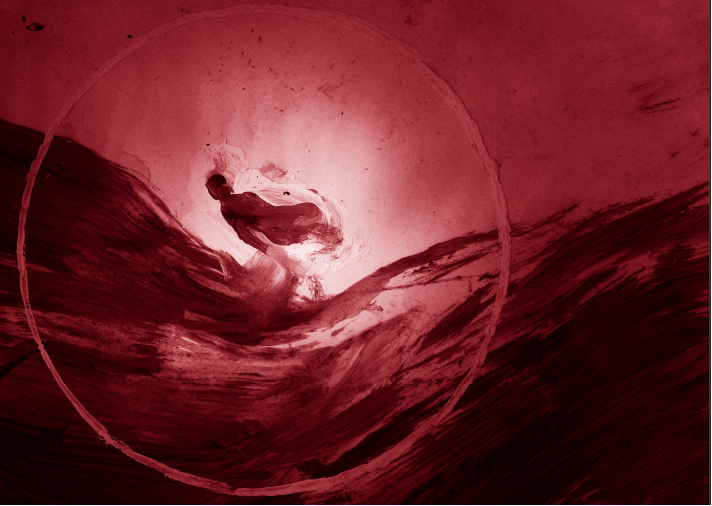 At the end of 2017, computer scientist Andrew Yan-Tak Ng labelled Artificial Intelligence as “the new electricity” (and with it, he referred more broadly to automation, robotics, computer vision, big data collection and analysis, etc.). AI becomes, then, the core engine of a forthcoming revolution in many industrial, socio-cultural, scientific and educational realms. On the one hand, this “provocative” reference aims to include these new assets within a complex social, technological and industrial framework, on the other hand, it aims to defuse those dangerous arguments concerning misoneism and technophobia. Moreover, this sensationalist metaphor could represent a paradoxical starting point for our conference: it underscores that every historical research concerning technology must pinpoint (first of all) the “conditions of possibilities” of a media technological network, and that even linear/evolutionist perspective could inspire unusual and brand new excavations.
Thus, the 2019 Udine/Gorizia International Film Studies Conference will investigate the interrelationships between automation, representation and “viewing/listening dispositives” from early to late modernity/postmodernity. In doing this, we would draw on the “1900 episteme” (which is the main feature of the “technical society that come into being in the 17th century and became the flourishing industrial society of 19th century”) and the tripartition spectator (or user)-machine-representation” (Albera and Tortajada, 2010). More precisely, we aim to stress the function of automatism in long-term dynamics of dispossession, integration, training, disorientation, deprivation, proletarization, and rejection of the human being/“subject” as a creator/producer and as a consumer/viewer/listener: how do these dispositives imitate human faculties? And how do they imitate the world that surrounds us? How do they imitate life?
Not by chance, with the rise of an emerging “machine agency” and a new “subject of history” (Anders, 1980) between the 17th and 21th Century, “technologies took over”: automated cultural activities and daily routines “were increasingly imagined as living entities” (Parikka, 2010). For being capable of recording movement over time, the cinema and the media double the world that surrounds human beings.
Concerning these issues, since the late 19th century cinema played of course a key role. As Jackey Stacey and Lucy Suchman explained: “cinema’s history of bringing things to life lies in this twofold manifestation of automata on the screen. As both the instantiation of the foundational drive behind the medium and the condensation of its animating capacity” (2012: 15). Drawing on the cultural series that binds cinema to the realm of automatic technologies of animated/enlivened images (“living” machines producing “lively” representations), we would like to focus on its crossing points: from mechanization to electronification and from electronification to digitization. Analysing these crossing points, we would like to stress three distinct but strictly intertwined areas of inquiry:

Automation and machinery: i.e. the ways in which the machine is “brought to life” (with a specific focus on pre-cinematic automata; mechanical optical toys; automatic cameras; automatic recording systems; the inner mechanics and components of cinematic machines; video signal transmission etc.). How did the different techniques of making an apparatus move and “operate by itself” change our understanding of the technical media? How do “machine-animism” and the subjectification of non-human organisms relate to the different stages in the history of automata? Do the capabilities of recording media of “seeing and hearing for us” create a new form of ‘non-human’ subjectivity? Can the material encounter with media-technological apparatuses from the past enrich our knowledge about the cultural logics behind automation? Drawing on Edgar Morin’s The Cinema, or The Imaginary Man (1956; 2005) and Jentsch’s theories, how can we pinpoint the uncanny power of viewing and listening dispositives to re-produce human perceptual qualities?

Automation and representation: i.e. the ways in which machines automatically produce optical representations/the ways in which automatic machines are discursively and visually represented. In the former sense, starting from the notions of bildakts, visual agency, the mutual relationships between tableaux vivants and automatic procedures of inscription (as described by Horst Bredekamp [2010]), we can reconstruct the ways in which schemata and mechanized actions have historically informed the production of images and visual representations. The relation between image and movement, which lies at the core of any cine-apparatus, can be applied to different modes of automated viewing, from animation (moving panoramas; mechanized dioramas; filmstrips/“le film fixe”; film/video loops; GIF etc.) to “vision-in-motion” (self-moving cameras; mobile screens; portable screen media; drones; surveillance camera; gait analysis devices; medical, automotive, military devices, etc.) and visual/cinematic representations generated by AI.
Concerning the discursive and visual representation, we aim to foster a reflection on how cinema, visual arts and audiovisual media have referred to their own “machine-driven” nature by staging metaphorical self-representation (visual contents and films about AI, automotive systems, cyborgs, robotics, machine-driven bodies and systems etc.) and producing replicas, hyperrealism effects, etc. Moreover, we aim to focus on the production of a wide discursive corpus on screen and in other enunciation spaces, which contributes to inform the collective imagination on “living machines” and “haunted media”.

Automation and users: i.e. the ways in which automatic labour reconfigures the agency of the user (the spectator’s “innervation”; the changes in the projectionist’s and technicians’ work; the notion of “media gesture” and the user’s technological expertise; the “new spectators” for contents created by algorithms; the automatic recommendation systems used by digital streaming platforms; automation for data/metadata management, etc.). How do we change our media-competences and how do we interact with the machines whenever a new automated technology is introduced? Does the mechanization of human life imply a reverse process of “humanization of the machine”, whereby technological apparatuses are reframed by anthropocentric criteria? How do the hopes and threats of a “fully-automated society” re-address the dichotomy between the human and the machine, giving way to the discursive regimes of ‘technophobia’ and ‘technophilia’? Which are the political/institutional entailments of automation regarding film and media archives? Can we critically reassess the deep implications brought by automation to the preservation of the cultural heritage by taking under serious scrutiny the visualization tools we are used to operate with (e.g. film restoration and film materials visual atlases)? Finally, how does the adoption of automatic tools and algorithms challenge the role of human creativity in the narrative processes and practices?

We encourage contributions addressing any of these areas or the interrelationships occurring between them. We invite you to send us proposals for papers or panels. Proposals should not exceed one page in length. Please make sure to attach a short CV (10 lines max). The deadline for their submission is November, 15th 2018.

A registration fee (160 euros) will be applied. Moreover travel costs (tickets, etc.) will not be refunded. On the other hand, we will partially cover the costs of your accommodation (2 nights in the best accommodation solutions available). Special rates are available for additional nights. For more information, please contact us at udineconference@gmail.com.